On the 26th July1887, under the pseudonym Doktoro Esperanto (one who hopes), the Polish-Jewish ophthalmologist Ludwik Zamenhof published Unua Libra, a book about a new auxiliary language – Esperanto, which he hoped would become a widely-adopted means of international communication.

In this book, he outlined his three goals for Esperanto: 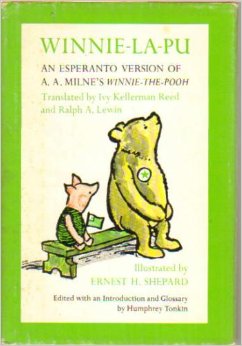 Zamenhof’s aspirations for Esperanto were ambitious, but it is probably the most successful constructed language in the world. It is spoken by around 2 million people worldwide. Although it is a constructed or artificial language, some of these are native speakers, having learned it from birth. There are also a large number of organisations that support people interested in, involved with and learning Esperanto. The Universal Esperanto Association (http://www.uea.org) is probably the largest, with members in 120 countries. It has even been adopted by Google Translate. Facebook, always a good place to research trends, report 350,000 users declaring Esperanto as a spoken language.

And, despite the continuing popularity of English as a universal language, Esperanto is actively used, sought and studied to this day. The take-up of a recent Duolingo course (https://www.duolingo.com/course/eo/en/Learn-Esperanto-Online) highlights this – by November last year, over 600,000 users had signed up to study. Esperanto is clearly one to watch!