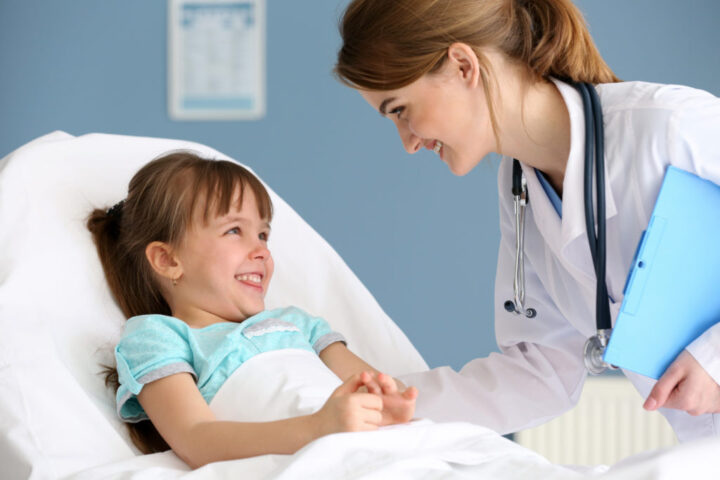 When someone visits a hospital, they expect to get the help they need. Unfortunately, for millions of people in the United States, language barriers could lead to severe consequences.

In 2010, Francisco Torres went to the hospital in the United States to have a diseased kidney removed. Mr. Torres speaks Spanish but was told to sign forms in English that gave the hospital permission to remove his kidney. Unfortunately, the information was incorrect. When Mr. Torres woke up from surgery, he learned that both kidneys were removed instead of only the diseased one.

Medical translation services can stop these all too often events from happening, which is why experts predict the industry will grow at a rate of 36% because of a growing awareness of the importance of translation. Read on to learn more about medical translation and why it should be an essential part of any medical practice.

When someone visits a medical facility, they’re often frightened and confused. They may be in pain or could have something wrong with them, but they don’t know what. They want to go somewhere that makes them feel comfortable and welcomed.

Medical translation services can help you reach out to this community to bring them to your facility. You can design fliers in their language to get them to come in. Many immigrant communities live, work, and shop in distinct areas in major cities, such as London’s Chinatown and Koreatown in Los Angeles.

Using a medical translation company to create fliers and brochures will help you expand your facility’s reach. You’ll also be able to build trust in these communities. The people that live and work in these communities are more likely to get medical help when they have somewhere to go that respects their culture and language. This strategy brings new clients to you and gives vulnerable people in your city a place to go when they need help.

Medical professionals often talk about the difficulty of getting information to non-native communities. For example, during the HIV scare of the 1980s, many immigrant communities faced problems in the United States and Europe. Information was often only disseminated in English.

Concerns still exist over sharing medical information with at-risk communities. In Europe, the rise in immigration from the Middle East makes it difficult to get information to those that speak Arabic and other languages. If there’s an outbreak and these communities don’t receive accurate information, it could cause a small outbreak to spread.

Medical translation allows healthcare workers and first responders to hand out information in someone’s native language. They could receive advice on how to treat ailments, stop the spread of an outbreak, and where to get medical help. The information provided through translation could save thousands of lives.

Stops the Spread of Misinformation

The internet makes it easy to get information from several sources. While open access to information is good, some people will spread misinformation for political reasons or financial gain.

Immigrant communities are often targeted by those that spread misinformation. These people find themselves in a new country and often look for a group that makes them feel welcomed.

Anti-vaccination groups will often translate untrue information to immigrants. These tactics are a significant factor in the record-setting number of measles cases in Europe in 2018. The best way to combat groups that spread misinformation is through medical translation. Immigrants can receive information that debunks false claims about vaccines.

Medical offices can hand out information about vaccines and other diseases to patients in their native language. This information will spread through immigrant communities, countering false claims and faulty science.

Are you receiving new patients from another country? Is one of your current patients moving to a different country? Medical translation can make the transition smoother for everyone.

In 2010, Teresa Tarry moved from Britain to Spain. In her new country, there was a translation issue that caused her doctors to think that she had a family history of breast cancer, but she didn’t. She had problems speaking to the doctors because they didn’t have medical translation services. Her doctor recommended a double mastectomy because of false information.

After the surgery, the doctors discovered the mistake and found out that the lump she went to the hospital for wasn’t cancerous. She lost her job due to dealing with the issues of surgery and is now suing the hospital for €600,000.

Translation issues in medical records cause thousands of medical issues every year. While most don’t lead to major complications, Teresa’s situation shows the problems that can occur.

Sending your practice’s medical records to a medical translation service can save patients money, time, and their lives.

One of the most tragic examples of why translation services are essential is the story of a nine-year-old girl who lost her life because of translation issues.

The Tran family from Vietnam took their nine-year-old daughter to the emergency room. The parents didn’t speak English, so the young girl had to translate all communications between the medical staff and her parents. This situation is not only bad medical practice, but it’s immoral as well.

The young girl had to process complicated medical jargon and then inform her parents about what was happening while she was scared. The young girl ended up receiving medication that caused her to collapse. Instead of contacting a medical translation specialist, the hospital used her 16-year-old brother to translate instead.

After discharging the young girl after dosing her with the medication that caused her to collapse, the hospital gave the Tran family instructions in English instead of Vietnamese. The young girl would die due to the mistakes made at the hospital.

Medical translation could have saved this young girl’s life. Anytime a doctor prescribes medication, the instructions should be in the person’s native language.

The Tran case brings up an interesting and often overlooked benefit of translation services.

The patient and their families are in a state of distress when they go to a medical facility. They’re then asked to deliver news, diagnoses, and information to people that they love. This puts them in a compromised position and strips away their dignity, as they’re viewed as tools instead of people that deserve compassion and respect.

What to Look for in a Medical Translation Company

When you need medical documents and patient information translated, there are certain things that you should look for.

First, look for a company that hires people around the world to translate documents in their native language. Language is a complex thing. Slang, regional variations on words, and different dialects can change the intended meaning of words. Without native translators, these linguistic choices could cause problems.

You should also look for a company that’s ISO 17100 certified. This certification ensures that the company meets international standards for professionalism and translation skills.

Membership in these organisations shows that a company meets high standards of excellence. They also show that the company meets both the requirements in the United States and the European Union. This is important because you want a company that translates several languages.

You’ll also need to find a company that can meet short deadlines. Medical records need to make it into the hands of professionals quickly. You’ll need a business that can translate your documents in the shortest amount of time possible.

From-To translation agency meets all these requirements and more!

A Professional Medical Translation Company that Meets your Needs

From-To translation agency is an international business that only hires the best translators to ensure you get the accuracy and speed of service you need. We only hire native speakers and can translate medical information into any language.

We have ISO 17100 certification and follow the strictest quality assurance procedures in the industry. Not only are all translations done by native speakers, they are also proofread by a second translator to ensure you get the results you need.

We have over 20 years of experience in medical translation. We use that experience to translate documents in the most difficult of industries and topics. Our company’s passion leads us to deliver the most accurate results that will deliver your message to any audience.

Contact us today to request a quote! You’ll love our ability to meet short deadlines at amazing prices.